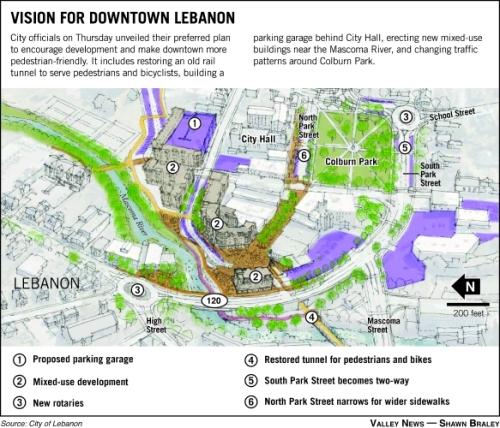 The Downtown Revision proposed at last Thursday’s meeting in the Lebanon Opera House included restoration of the tunnel running under the downtown mall.

The Valley news reported: “the old railroad tunnel will also be restored and used for the future Mascoma River Greenway, allowing pedestrians and bicycles a traffic-free path downtown. Restoring the tunnel is estimated to cost about $2 million, according to consultants. That’s about $200,000 more than plans to fill it in.” ( If approved, funds for restoration will come from the City of Lebanon, not the MRG Campaign which is now at 98.7% of goal.)

This entry was posted in Mascoma River Greenway Updates, Uncategorized. Bookmark the permalink.